Why Texas is the Best State (For Apartment Investing) 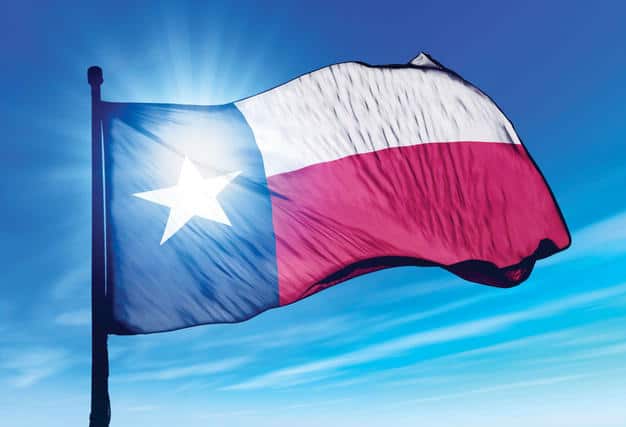 Texas is the best state in the US—at least for apartment investing. In a previous article, I’ve talked about why we believe apartments are the ultimate investment. Here, I’m going to outline why I believe Texas is the best state to be investing in, and why we are so focused on buying assets here.
Full disclosure, I was born and raised in Austin, Texas, have degrees from two different Texas Universities and currently live in Texas, raising two little Texans. However, the facts back up my claim.
Population
The two biggest indicators any investor will look to first are overall population and jobs. People move where the jobs are, and companies want to be where strong employment bases are. On both accounts, Texas represents itself well.
The US Census bureau estimates there are nearly 28,000,000 Texans, making it the second most populous state. Texas has grown by nearly 11% since 2010, over twice the rate of the country at large. Within Texas, a region known as the Texas Triangle—consisting of Dallas-Ft. Worth, Houston, and Austin-San Antonio is exploding in growth. It currently represents 66% of the state population, and almost all of the growth. Future projections show each city making up the Texas Triangle among that fastest seven growing cities in the total country (see image below). In total, The Texas Triangle is expected to grow by 19% between now and 2030. Not coincidentally, those four cities are the areas we are purchasing apartments.
Jobs
Texas is home to over 50 Fortune 500 companies and has an economy worth $1.6 Trillion annually. If Texas were its own country (and many people would argue it already is), it would rank near the Top 10 biggest economies in the world, larger than Canada and South Korea. It currently accounts for 10% of the total US GDP, and its growing every year.
Those impressive figures all mean one thing—jobs. The unemployment rate in the state currently sits right at the national average of around 5%, but in some of our focus areas like Austin and San Antonio, its closer to 3%. Toyota received the most headlines when they announced in 2014 they were moving their US headquarters to Dallas, but numerous other companies have been doing the same. Since 2007, the state has added 1.8 million jobs.
We want to be investing in places where people are moving, and jobs are going. Clearly, that’s happening in Texas. But that’s not all we like about investing in Texas.
Demographics
The state population is growing overall, but it’s growing in the right ways for apartment investors. There are over 2,000,000 Texans between 18-30, which are the prime renting ages. That’s currently 8% of the Texas population.
Millennials, the largest generation in US history are in that age range right now and are mostly renters. Between 2005-2015, Houston and Austin both saw Millennial growth over 16% (top five in the nation), while San Antonio and Dallas saw 6%+ Millennial growth. As young people continue to flock to Texas’ biggest cities, they will be looking for an apartment to rent as they get settled in their careers and lives.
Apartment Indicators
When you look at multifamily specific indicators—things like Occupancy rates, Rent Growth, and the projected needs for apartments—Texas again shows itself to be an ideal place to invest.
In Dallas-Ft. Worth, rents rose over 6% in 2016, while vacancy rates were below 4%. It remains one of the hottest cities for development to keep up with demand from the growing population.
In San Antonio, a recent report says they need to build over 50,000 new apartments by 2030, just to keep up with demand. That’s an increase of 28% from today’s supply. With a market that tight, occupancy remains high and rents continue to grow.
Austin rents, which have grown at a steady clip as the city has exploded over the last decade, is expected to see an additional 11% of rent growth by 2020.
I haven’t even detailed things like the warm, sunny weather, the absence of a state-income tax, or the numerous rankings touting the quality of life and affordability of living in Texas. I don’t think I need to. As you can clearly see, Texas is the place to be investing. If you care to disagree, I’d love to hear from you.