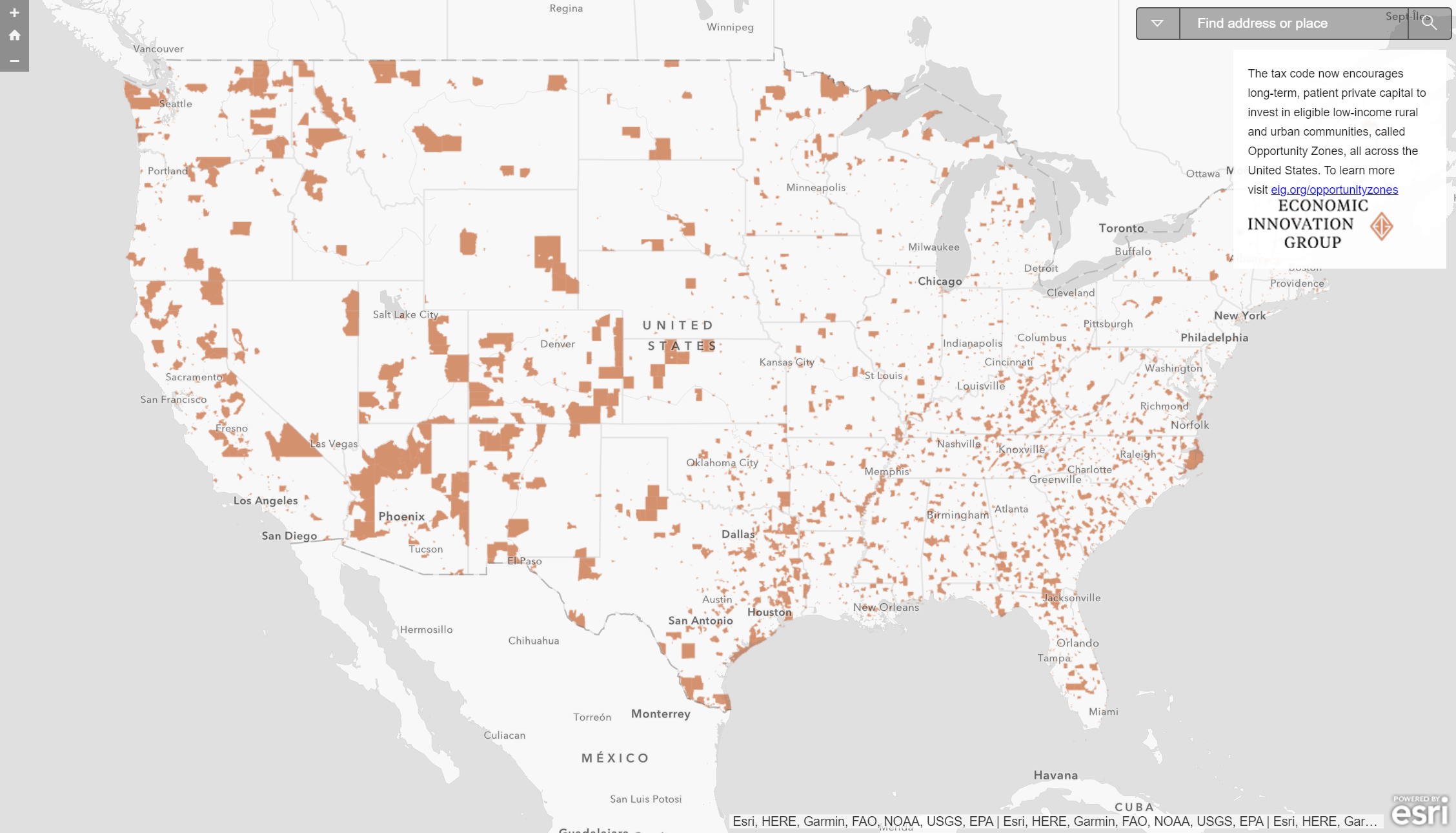 In our last article we talked about our desire and interest to explore new strategies that allow us to be opportunistic in Austin.  It’s our belief that Austin is the single best place to be making investments this late in the economic cycle as jobs, people and companies all continue to move here. If and when the national economy slows, Austin will be the last to slow down and the first to bounce back—just as we saw happen in 2008.

The previous article focused on the idea of buying value-add apartments that had the optionality of being development deals in the next cycle, and how we were evaluating that strategy as a potential opportunity for investors. In today’s article, we want to introduce another new strategy—this one something we’ve been further down the rabbit hole with, and actually have a deal under contract right now executing on what we describe below

You may have heard about Opportunity Zones.  If you haven’t, here are useful links to set the stage for what the program is  and how it works. IRS.  Forbes.   Here we want to provide our take on the program overall, why Wildhorn thinks there is an opportunity with Opportunity Zones (see what we did there)–and define what it means for investors.

In short, Opportunity Zones were created by the 2017 Jobs Act by the federal government to encourage development in economically depressed areas. Recognizing that certain areas of the country were falling behind, they wanted to stimulate development and investment in these areas, so the program was born.  They tasked each state with identifying and creating Opportunity Zones that needed development. Most of these zones are located in rural areas, or in “bad parts of town”. However, they used the 2010 Census tract to provide the data they needed—and in part due to 6-year+ old data (or perhaps just straight political corruptness)—many of these zones fall in core parts of Austin and San Antonio that were already seeing development.  Areas that frankly didn’t need much encouraging to get redeveloped as it was already happening. The location of these zones in our markets was the first piece of the program to catch our attention.

The second piece was the tax benefits.  To encourage the development in these “economically disadvantaged” areas, the program was designed around, and created incredible tax benefits.  The idea is simple. As an investor you can invest into Opportunity Zones with gain dollars that would ordinarily be subject to taxes today. By placing these gain dollars into an OZ fund, you can take gains from the stock market, sale of company, proceeds from a previous real estate deal—anything—and put them to work immediately.  Rather than pay taxes on those gains today, you invest them into an OZ fund. In 7 years, you have to pay the taxes on those original gain dollars, but you pay a reduced rate from what you’d owe today and you’ve had your entire principal working for you the last 7 years. For example, if you invested today you’d get a 15% reduction in the taxes you otherwise would pay today.  And DON’T PAY THEM FOR 7 YEARS.

But we haven’t even gotten to the best part.  The real advantage of the program, in our opinion, is at sale of the asset.  When you sell the asset, you keep 100% of the profit and pay zero tax on those gains.  Now, to realize those benefits you do have to keep the funds invested for 10 years. But if you’re a long-term holder and looking to create wealth we think this is a home run.

When the program was first introduced, we explored it but quickly realized that our core value add strategy was not going to work here.  Remember, this was created to encourage investment and development. One of the requirements is that you have to spend significant dollars improving on what you buy—equal to what you paid for the initial land/asset. On our typical value add deal we spend 5-10% of the purchase price in improvements. So after our initial investigation we didn’t think much more about Opportunity Zones as a strategy for us as we aren’t developers.

Two years into the program though, and now finally armed with the complete 500+ page document from Congress, a new strategy has emerged that caught our attention, and appeals to our sensibilities as apartment operators.  You don’t have to be the developer of the asset to qualify for OZ benefits—you simply need to take over a new asset prior to it being put into service. This means we can buy a brand new construction apartment complex right as they get their Temporary Certificate of Occupancy (TCO)—just before the first residents move in.  From there, we can lease-up and operate the complex just like any of our other deals. In the process, we’ve taken the vast majority of the construction risk out of the project, and we now own a brand new asset.

The key to this strategy is the location of the asset and where these zones reside.  In Austin, the opportunity zones are all located in East Austin—which has already been the hottest area for gentrification and development going back the last 7-10 years.  They are very much already in the path of progress. They’re also all located about 2-3 miles from the heart of downtown and smack between Downtown and the Airport. In San Antonio, it’s a similar story—the best located zones are right near downtown and adjacent to The Pearl Brewery redevelopment, which has been the hottest area of town. Not exactly what we’d call under developed areas.

So now you own a brand new, Class A development located in the clear path of progress in the fastest growing city in the country.  To qualify for the tax benefits, you’re required to keep your funds deployed for 10 years, while the city continues to grow around and past you. You’re also located in an area that is attracting all sorts of other development as developers play this game.  New office buildings, new retail sites, new businesses—all of which become drivers and amenities for your multifamily project. And, as an investor you can take regular distributions from the cash flow it generates the entire time you own the asset. Sounds like a winning formula to us.

Compared with our value add offerings, these Opportunity Zone deals look pretty similar. The structure is similar and the targeted returns (even over a longer hold period) look similar.  The biggest differences are obviously the hold period (10+ years compared to 5-7), and the fact you have to invest gain dollars to maximize the tax benefits.

We are adding this strategy to our Wildhorn playbook because we fundamentally believe in the longterm business plan of real estate.  We believe in the continued growth of Central Texas. And we believe that 10+ years from now assets we buy today will create tax-free wealth for our investors.

If you are interested in discussing this strategy more, or want to get into the nitty gritty, we’d love to engage in a conversation.