Leaning In (And Giving Back) To Our Local Politics

By Andrew CampbellOctober 28, 2022No Comments 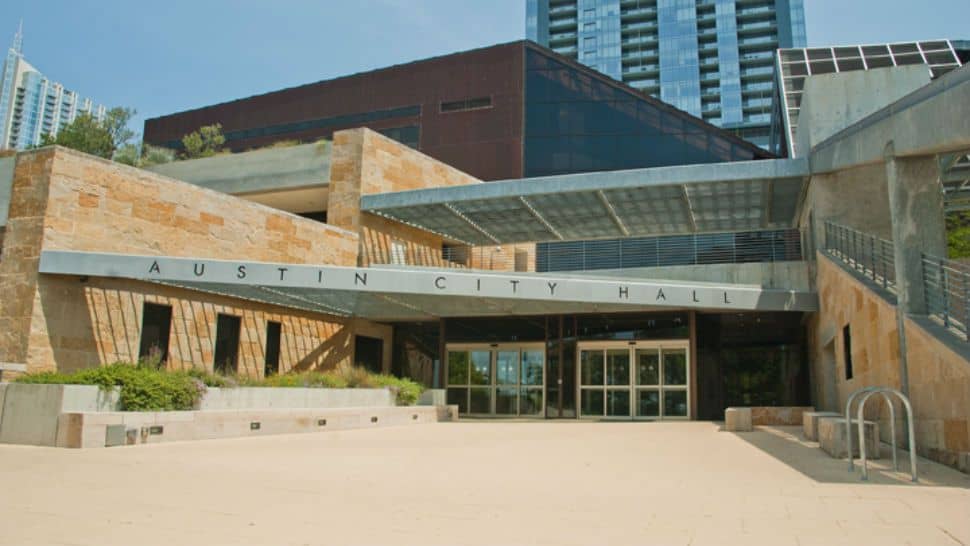 In this month’s article Cooper weighed in to take a look into the local political environment in Austin that has helped define our growth–and set to continue it.  With the election upon us in the next couple of weeks, we’ve also included a Voter’s Guide put together by RECA–the organization that Cooper will chair next year.

Over the last year or so, Wildhorn Capital has doubled down on our commitment to staying local.  To being focused and committed to operating multifamily assets in our native Central Texas.  This came after a thorough exercise where we evaluated expanding to other markets, and looked at the pros and cons of expanding vs not expanding geographically.  At the end of the day, we decided entering new markets introduced new risks for our investors as we’d be trying to make sense of a city we just didn’t know as well as our backyard of Austin and San Antonio.

We’re in the business of removing as much risk as possible for investors–not adding risk.  When we made that decision we started highlighting some of the various business plans we were going to focus on in Central Texas, recognizing there are multiple strategies we can execute here that provide investors with diversification.  We’re also spending more time talking with owners and operators that specialize in spaces and asset classes we don’t currently play–looking for places to learn, things that are interesting, and even potential partnership opportunities.

In a way, we’re betting the farm on the continued growth of the Austin-San Antonio corridor and emerging metroplex.  When you look at what has happened over the last 10 years, the 10 years before that, and the data we see about the next 10+ years it seems like a pretty damn good decision.

Why do we think the future remains so bright? What keeps us up at night? How will Austin be able to continue the growth it has sustained?

The short answer to all of this is because we’re local.  And we’re plugged in–both Economically and Civically.  We understand the business environment.  And the political environment.  At a level of depth we’d never have in another market.

When speaking about Austin’s success, it’s often joked that we are “the Blueberry in the Tomato Soup”. It is our belief that we’ve benefited from the intersection of a right wing controlled state house with a historically progressive city led government.  Regardless of personal politics, when one side gets out too far over its skis, the other side is there to check it back into a (more) moderate place. This political tension creates healthy dialogue amongst all parties and keeps everything close to the middle.  We think that has helped Central Texas attract some of the top companies to move their Headquarters here, and allowed droves of the most qualified college graduates to move to Austin without a job offer in hand.

In the last 8 years–in the middle of all this growth–a lot has changed with our city politics. Previously we were the largest city in the country to elect our officials on an at-large basis. We voted to change that structure and Austin moved to 10 single member districts and a mayor. The result of our new city structure gave a voice (appropriately so) to parts of the city that historically hadn’t been well represented. The byproduct was we ended up with 9 council members and a mayor with zero experience in government of any kind. While we think overall we’ve gotten more right than wrong during the last 8 years, it’s also clear the City has languished in some major areas–and clearing those up paves the way for the growth we continue to expect.

This November, the city and region have an exciting opportunity by way of elections. We have 5 City Council seats and the Mayor’s office up for election. I also think that we have the two best candidates running for Mayor in over a decade.  Andrew and I have publicly come out and supported one of those candidates, Senator Kirk Watson. Senator Watson was previously Mayor (1997-2001) and the State Senator representing Austin (2002-2020).

My opinion, and that of many others in this region, is that no one is more responsible for Austin’s meteoric rise over the last 15 years than Senator Watson. The policies and coalitions that Senator Watson put in place at the turn of the Century continue to bear fruit.  Among the most impactful accomplishments during his Mayoral term is that Austin formed its first Economic Development Fund and Economic Development Strategy under his watch.  And he first visioned and executed the opulence of housing in downtown Austin as Mayor.  As our Senator, he visioned and executed his “10 in 10” years strategy, the first piece of which was to build a teaching hospital and medical school for Austin and the University of Texas. Today that Medical School is open and thriving–and the City is attracting Bio and Tech related jobs that we weren’t qualified to attract previously.

While we’re hopeful of Senator Watson’s reelection, we also don’t believe it’s just up to our elected officials to “get it right”.  Our city and region has been shaped by disparate and sometimes opposite opinions coming together and finding common ground. In the 1990’s, Austin was shaped by the environmental and business community righteously disagreeing on the best path forward for our city; we ended up in a better place because of the disagreement shaped by folks that were willing to serve, show up, vote and advocate.

But hoping that spirit of collaboration will just continue without any effort is foolhardy.  As our City continues to grow, it is incumbent on folks like Andrew and I–born and raised Austinites–to follow in the footsteps of our previous leaders.  And serve our community as much as we can.

I have had the pleasure of serving on the Board and Executive Committee of the Real Estate Council of Austin (RECA) for the last 9 years. RECA represents over 2,000 members of the Real Estate and Business community in Austin. This year I am serving as the Chair Elect of that board.  Next year I will step into the Chair role–acting as the key liaison between the business community and our legislative branch.

Being asked to be the Chair for 2023 is one of the greatest honors of my career.  Sitting in the same seat my father held over 20 years ago only adds to my personal excitement about this responsibility.

With a new Mayor and City Council in position and the State Legislation in session early next year the RECA agenda will be full. It will take a lot of work (and frankly a lot of my time) next year but I am lucky to have partners at Wildhorn that understand the importance of this role and support me in my charge.

At the same time, we think this is the most important work we can do for not only our city, but our properties and our investors. We also think this is our responsibility as “Unicorns” (born and raised Austinites) who have been fortunate enough to benefit from the work done by folks in righteous debates for the last 30 years.

This type of work and effort gives us the confidence and conviction that Austin’s star will continue to shine.  Not just because of our personal efforts, but because of the conviction all Austinites share (regardless of political affiliation) in working together to keep the momentum growing. Never Forcing A Deal To Happen Creating Incentives For Our Teams