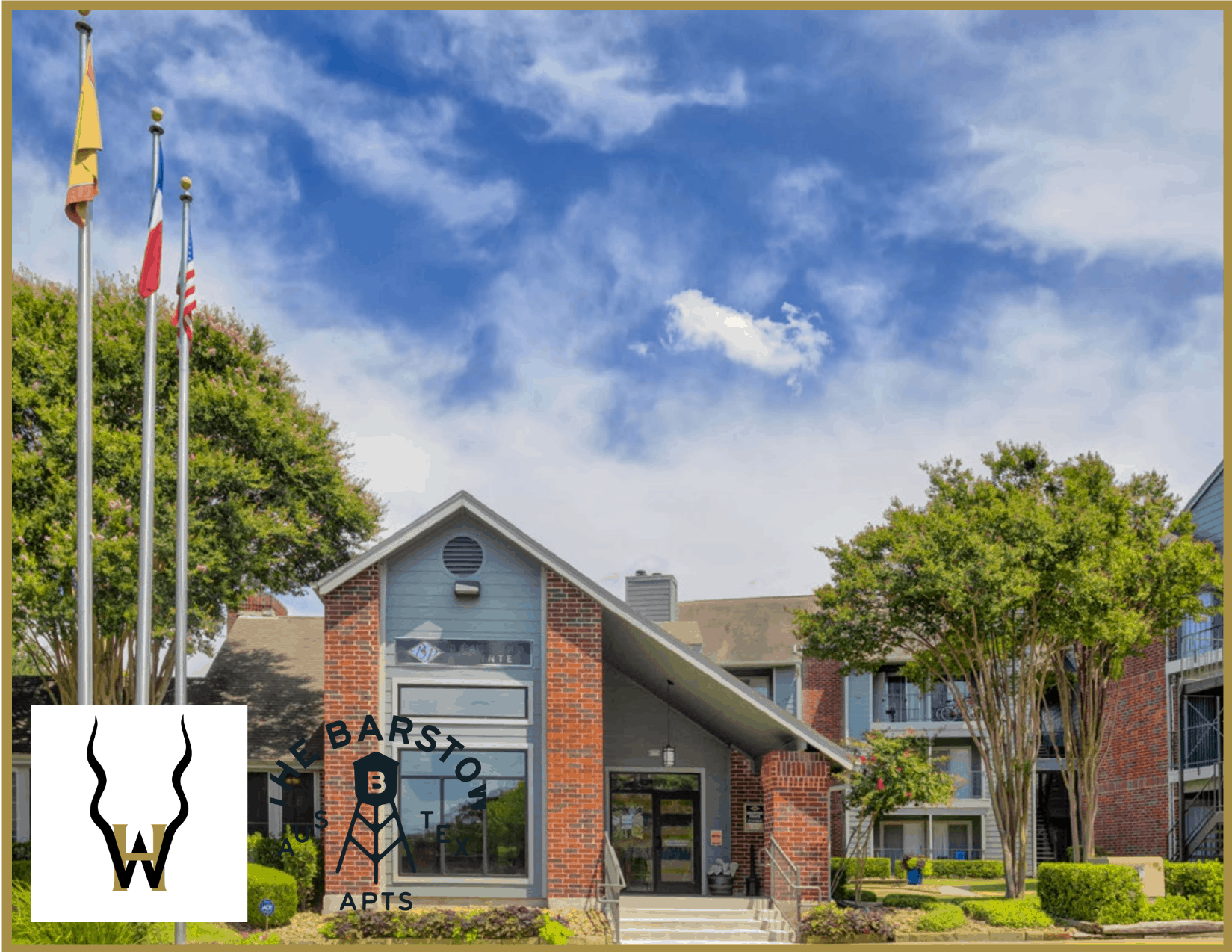 Last November we closed on a 264 unit value-add apartment in North Austin.  It’s an asset that we had our eye on for over two years as we stayed in touch with the owner and let them know of our interest.  We’re very bullish on the neighborhood and have a few unique strategies we feel we can execute.

Six weeks later we closed on the asset directly across the street, a 296-unit deal of similar vintage.  Our business plan is to operate these two deals as a single asset totaling 560-units, creating efficiencies in our team and our budgets that will benefit both our residents onsite and our investment partners.

In today’s article, we want to walk through how these deals came about and the lessons learned (so far) in combining two assets into one–its a unique opportunity that doesn’t come along often, and we’ve learned a lot along the way.

This is a recurring theme in every “lessons learned” article we’ve ever done–but it’s a constant in our business.  The deals we take part in and win usually have a strong relationship component.  It is a core tenet of our business and it matters.  In the case of the first asset, we’d been talking to both the broker and owner for over two years about it, trying to buy it off market.  Once it was determined it was coming to the market, we got a jump start on it.  Our name was familiar to everyone and our familiarity with the asset gave all parties confidence in our underwriting and business plan.

On top of that, our equity partner had a close personal relationship with the seller.  From the beginning of the process we knew we’d be able to get the last look and any ties would go to the runner.  At the end of the day, we were able to win this deal without having the highest price–largely due to relationships with both seller and broker.

Across the street, it was a similar story.  As we’d been hunting in this specific submarket, we let all our contacts know about our interest.  One day a broker friend mentioned they might be able to give us a look, as they had productive conversations with this 25-year owner.  The next day, we drove up and took a photo of ourselves (in the rain) in front of the monument sign and sent it to the broker–sort of as a joke, but also to let them know we were dead serious.  A couple of weeks later, just after putting the first asset under contract, we got a call they were going to run a very short, modified, off-market process.  Given that we had the other asset under contract they said we were the logical buyer, and helped guide us through a 3-day window to get awarded the second deal.

When the second asset popped up, we had to scramble quickly.  It was going to be a very quick process, but it was going to be complicated for us to look at.  We immediately knew that we’d want to operate these deals together as a single asset, but needed to figure out how that was going to work.  It not only affected the underwriting on the second asset, but would change our assumptions (in a good way) on the first asset.  We scrambled with our equity partner and property manager to talk through how we could operate the deals, and where the efficiencies would come from.

By operating them together, we’d have a single team serving both sites–one rockstar manager and one maintenance lead to oversee both properties.  Our marketing cost for each asset would basically be cut in half to promote a single deal.  As we dug in, we also realized efficiencies on the administrative and accounting sides saving money on software licensing, bookkeeping and lots of back of the house items.  In total, we estimate the savings to equate to $250,000 of operational savings per year.  Using a 4.5% cap rate (pretty conservative in Austin these days) that creates $5.5mm in extra value.

For our plan to work, we were going to have to rebrand both assets and fold them into a single brand.  With them living on two sides of the street, we need them to feel like a single, unified and cohesive property so that residents can’t tell a difference between the two sites. Luckily they are the same age and are both 2-3 story garden construction.  They feature a similar red brick exterior–though one side has stucco and one has siding.

We spent a lot of time with our branding team, interior designer and construction team talking through how to tie these together.  We’ve wound up with a plan that is really going to look great.  The red brick on both sites will stay, but everything else gets painted.  We’ll have a single color for trim and a single color for siding/stucco; landscaping is all going to tie together; the amenities and interiors will have similar finishes throughout. As you drive up the street, you’re going to see a unified vision and property that attracts more attention combined than each asset did individually–an almost unexpected efficiency that we’ll create through branding and exterior renovations.

With a single asset, residents on each side of the street will have access to all of the community’s amenities, nearly doubling people’s options for spending time outside of their unit.  One side of the street has a nice covered playground for kids while the other side has a dog park (that we’ll enlarge and enhance).  Residents can pick and choose which of the 3 pools they’d like to use.

Combining assets also gives us the opportunity to create new amenities.  By operating with a single staff, we don’t need two leasing centers; instead we plan to turn one into the leasing center–opening up spaces to give it a hotel lobby-like feel (and getting rid of the small, musty gym on that side).  On the other side of the street that leaves us with an unneeded leasing center; we plan to make that into a large gym–complete with a cardio room, yoga room and weight stations. It should be a highlight of all resident tours and a real show stopper. Spread throughout the property we are adding outdoor kitchens, gathering spaces and are considering an outdoor movie projector.

Looking through these lessons learned, they feel similar to previous articles.  Even though we’ve never combined two assets into one, these lessons learned are always familiar.  Relationships.  Creativity. Optimizing NOI.  Those are core parts of our business, and I’m glad to see they keep popping up in everything we do. As we get to work executing the vision on both assets here, we’re excited to keep realizing these lessons, and embodying our values on future deals.