Betting On Austin Through The Recession

By Andrew CampbellMay 18, 2020No Comments 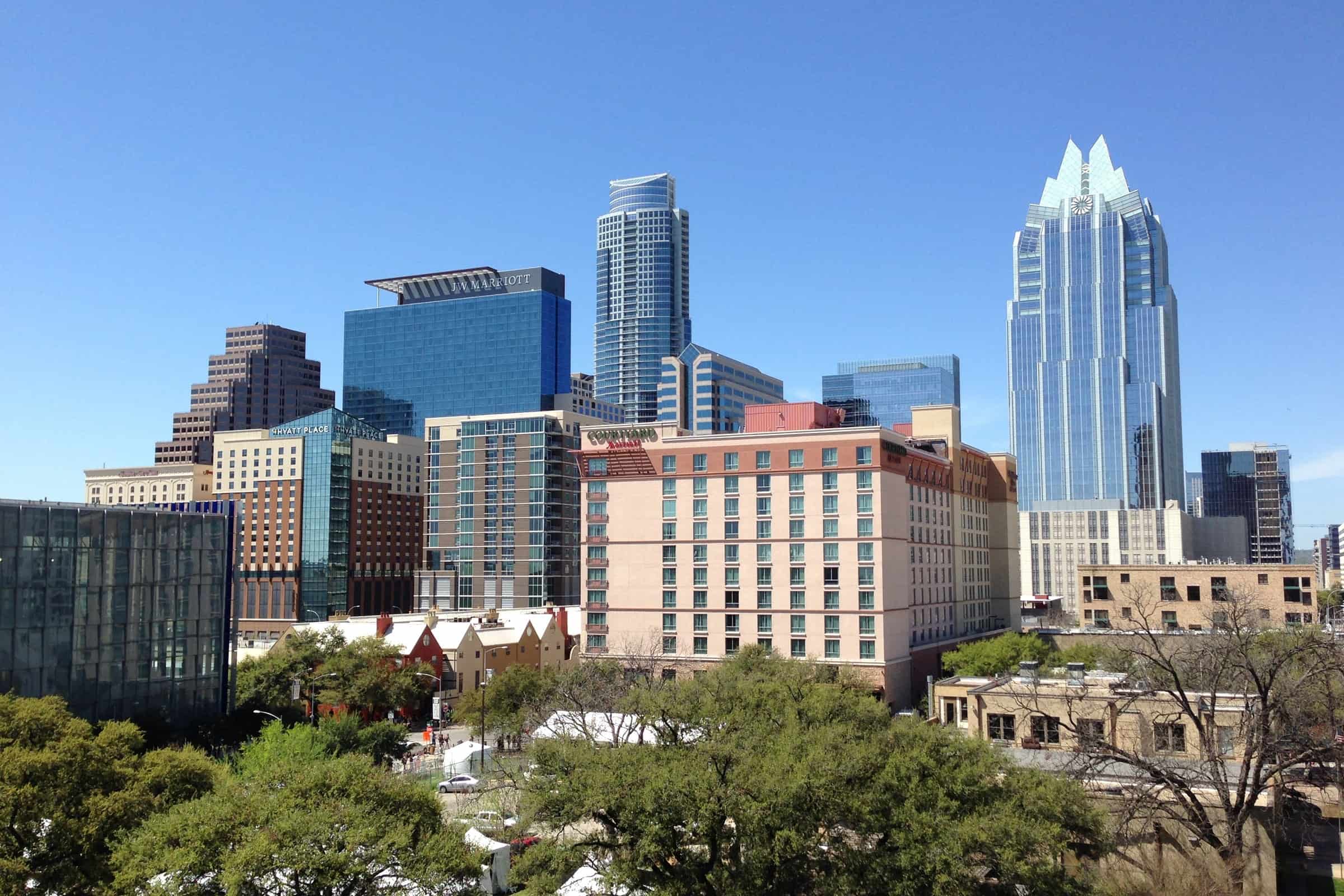 Like the rest of the world, much of our conversation and thinking these days is focused on COVID-19.  Each of our last three articles in this space have been dedicated to various aspects of our response to and thinking around the pandemic.  We’ve written about changes to underwriting, asset management and how we’re trying to use this time to better ourselves and our business.

While we certainly don’t have all, or maybe any of the answers, of this much we are certain–the economy is going to exit the pandemic right into a recession. We’re probably already there.  We’ve seen the largest unemployment claims in history and certainly seen the swiftest drop in employment and GDP ever as the world has sheltered in place.

As we prepare for what this world could potentially look like, there are many projections out there. We are not going to focus on those projections today.  Because we just don’t have the answers.

What we want to do is focus on the future–and do so by looking to the past.

As you likely know, we’re based in Austin, Texas (my hometown) and focus exclusively on Multifamily assets in Central Texas.  We think Austin and San Antonio represent the best markets in the country to be investing, where we’ve seen job growth, population growth and demand outstrip supply–all of which point to a healthy apartment industry and incredible environment to deliver solid investor returns. Despite a national recession, we’re not going to change our investment thesis or focus.  We think Central Texas will remain the best place to be investing and we count our lucky stars that we were born and raised here.

Why do we believe this?  Let history be our guide.

A recession is typically defined as consecutive quarters of negative GDP growth. Q1 ended with a thud as GDP across the globe turned negative, and Q2 is expected to perhaps be one of the worst financial quarters on record.  We’re certainly in a recession at this point.  So we’re turning our attention to focus on how and where we can find value amongst the chaos– and what a recovery will look like.  For that data, we turn to the financial crisis of 2008.

Coming out of our country’s last recession, “The Great Recession”, we studied how Central Texas (and specifically Austin) weathered the economic storm and ultimately recovered relative to the rest of the country. 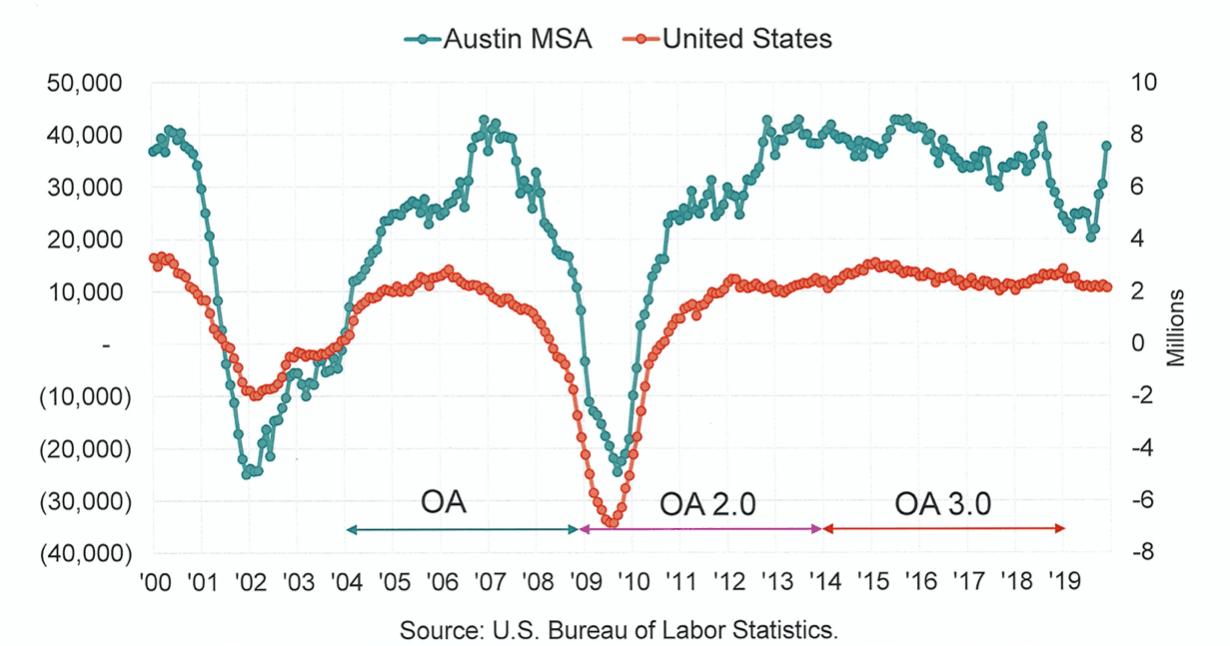 What we see in this chart is that Austin was the “LIFO” model-Last In First Out. Austin was the last major city in the country to go into negative job growth and the first market to return to positive job growth.  It was also the first market to reach pre recession job numbers.  For those of us that have lived in Austin for more than 20 years, we recognize that this trend has not always been the case. Austin ultimately struggled worse than the majority of the country in previous recessions like the “Savings & Loan Crisis” (late 1980’s) & the “Tech Wreck” (early 2000s), as you see at the beginning of this chart.  So the question becomes, how will Austin respond to this recession relative to the rest of the country, and will the LIFO model we experienced 10 years ago again be true?

We believe it is not only a positive predictor of the future but in many ways we believe Austin will come out of this recession further distancing itself from other comparative markets across the country.  In 2003, Austin started its first economic development program titled Opportunity Austin 1.0. (Those are the OA markers you see on the above chart). Raising nearly $18 million from the private sector gave Austin a fully funded 5 year economic development budget, actionable plan and a distinct competitive advantage relative to the rest of the country. 17 years and nearly $80 million later Austin is in the second year of Opportunity Austin 4.0.

In that time period, Austin has experienced :

Traditionally driven by industries like Government, Universities and Technology, Austin also has diversified itself in a way that is less dependent on any specific sector.  The below chart highlights the industries for each of the 628 corporate relocations that have occurred since 2004–quite a diverse mix. 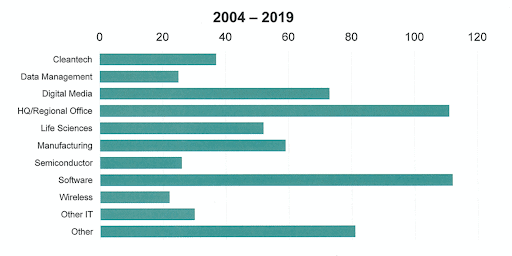 Recent additions to the Austin economy, such as the The University of Texas Medical School and Teaching Hospital as well as the Army Futures of Command outpost create incredible opportunities to expand industries like bio and defense contracting that haven’t existed in the Austin economy traditionally.

Those of us that live in Austin have felt the additional 151 people moving to town everyday, as traffic and affordability have been negatively impacted. That being said, this inbound migration of jobs and people is driving the economy forward.  It’s been the lifeblood behind our multifamily investments and it’s created the rent growth and overall demand we believe will continue.

A developing talking point and theory surrounding the COVID-19 pandemic is the belief that people will continue to flee the largest most dense cities on the coasts for smaller, more suburban environments like Austin and San Antonio–places with good job prospects and a high quality of life.  Based on the chart below, you can see that this isn’t a new trend for the Austin market, as companies have been moving into Central Texas in droves, with the largest concentration of those from the densely populated markets of California and the Northeast.  We believe that trend that will only continue. 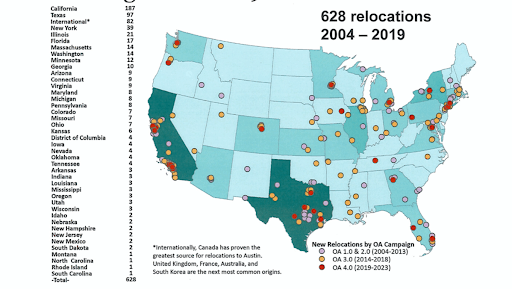 Anecdotally, we’re already seeing signs of the market strength in Austin on a couple of fronts.  Many of the national brokerage firms are tracking rent collections across the country, as the industry looks to understand the impact of the recession.  Overall, multifamily is faring better than other asset classes (which is another article for another day).  But in that data, they are seeing Austin lead the nation in rent collections, with the highest percentage of collections vs every other market. That’s encouraging.

Another positive sign is watching how people are searching for apartments online.  Co-Star is tracking where people are looking for new apartments, and they are seeing a spike in people looking for apartments outside of the city they currently live in.  That means that if I live in say, Seattle, I might be looking for an apartment in Denver, or Boise–the implication being that I’m thinking about moving.  In the chart below, can you tell which city is seeing the largest influx of searches from outside their own market?  It’s Austin. 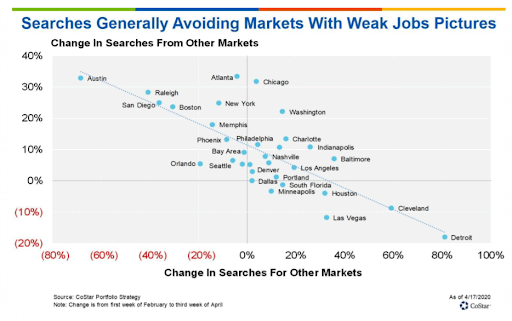 We don’t have a crystal ball.  And we certainly aren’t excited about the pandemic or the recession–its causing massive damage to the economy and impacting everyone on a personal level.  However, we know life will carry on and the world will continue to spin.  Some markets will fare better than others, and some investments will be safer than others.  In looking at the past, and the data presented, we think Austin stands to do better than most–and are excited to call it home and continue to build our business here.